The paintings in the “Tolosa 2018” series, also called “La Dame Brune” were produced between 2016 and 2019. They are an extrapolation of the “Alpha Tango” series. As a result, there are Line planes, whether old or current, with dancing couples. But this time, the references to the pink city as to the history of Aéropostale are affirmed as soon as one leaves a hangar or forgets the wide open spaces of the airfields. One would believe to see appearing planes which would evolve on the Garonne, like "The boats of the metro" of Yves Simon... The palette of colors evolves towards tints giving free rein to the escape and to the poetry often linked to a certain nostalgia. In addition to Toulouse, the evocation of South America with Uruguay or Argentina gives rise to compositions full of momentum. Purists will indulge in meticulous observation of the Latécoère, Potez and other Canadairs for which the painter sometimes plays with authentic colors in order to serve the harmony of the painting while visitors with a more poetic soul will abandon themselves to the reverie in front of these works with the perfume of sensuality. 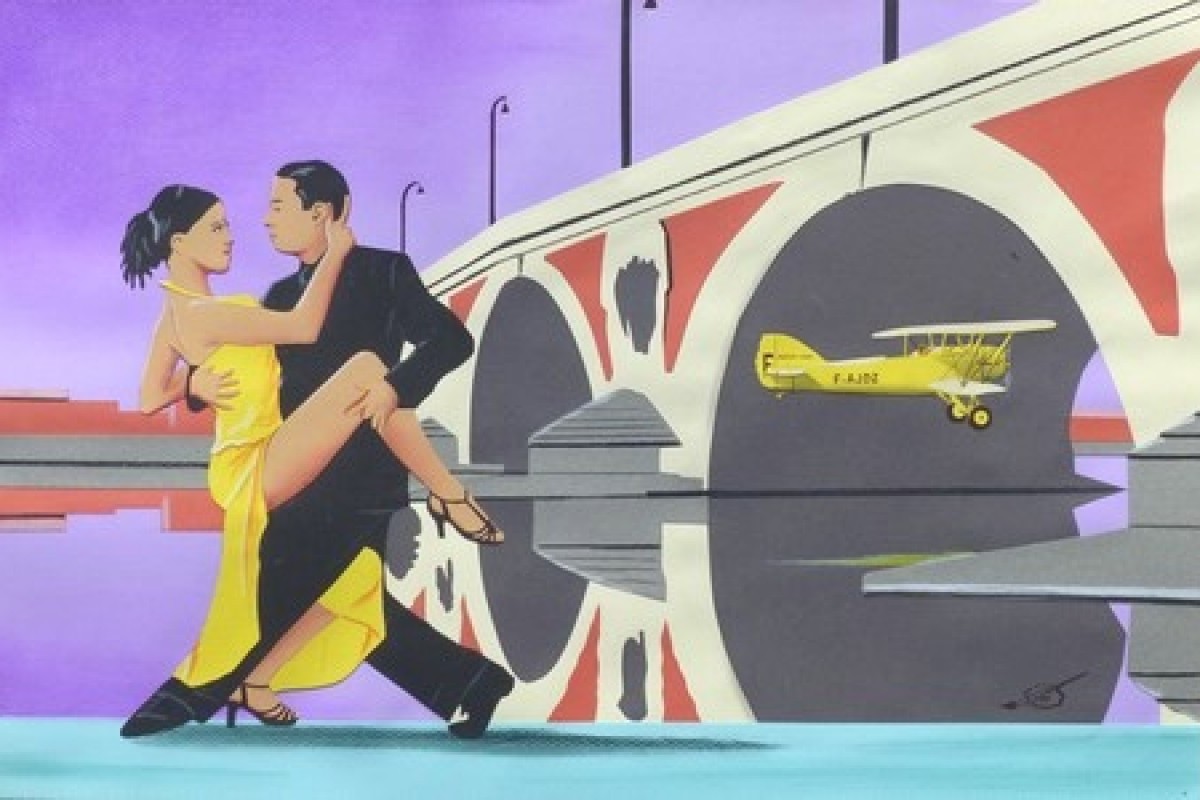