The North American T-6 Texan was the standard training aircraft for Allied nations fighter pilots during World War II. It was known as SNJ in the US Navy, AT-6 in the USAAC, and Harvard in the Commonwealth Air Force. It won a gigantic commercial success: it was produced in 15,495 copies, all versions combined. Countless air forces have used the T-6 as an early training aircraft, but also as a light fire support aircraft. During the Korean War and even that of Vietnam, the T-6 were used as forward air control aircraft, to guide the fighter-bombers on their objectives on the ground. 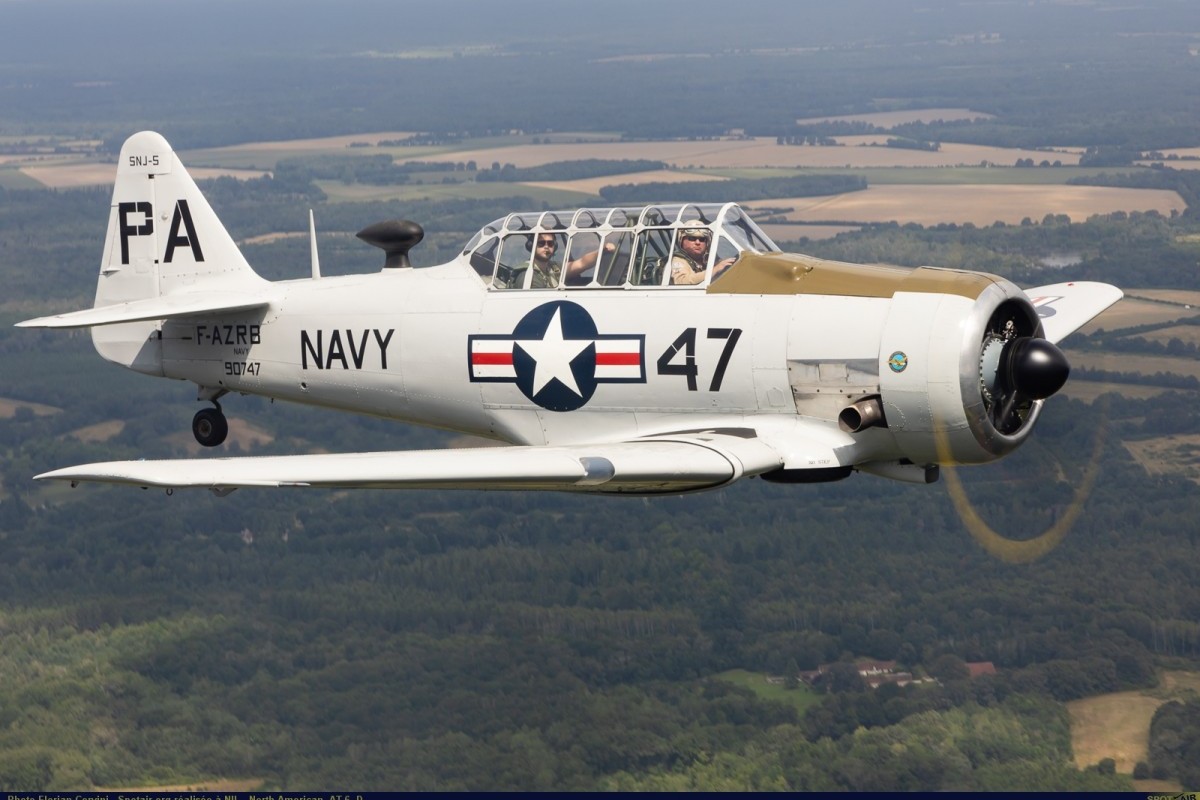