In 1948, the US Air Force wanted to replace the North American T-6: the North American T-28 Trojan was designed as a basic trainer and first flew in September 1949. The first order, from the The US Air Force, was delivered to the Air Training Command between 1950 and 1953. The US Navy also ordered the T-28 for the training of its pilots. The need for an economical tactical support aircraft was noted by the American forces stationed in South Vietnam. The anti-guerrilla T-28D was therefore equipped with baskets of machine guns, bombs and rockets. The French Air Force ordered 135 copies of a special version of the T-28D. These planes entered service in the early sixties under the designation Fennec and were used mainly during the Algerian war. The T-28 thus became a formidable firing platform and had offensive capabilities comparable to those of a World War II fighter plane. 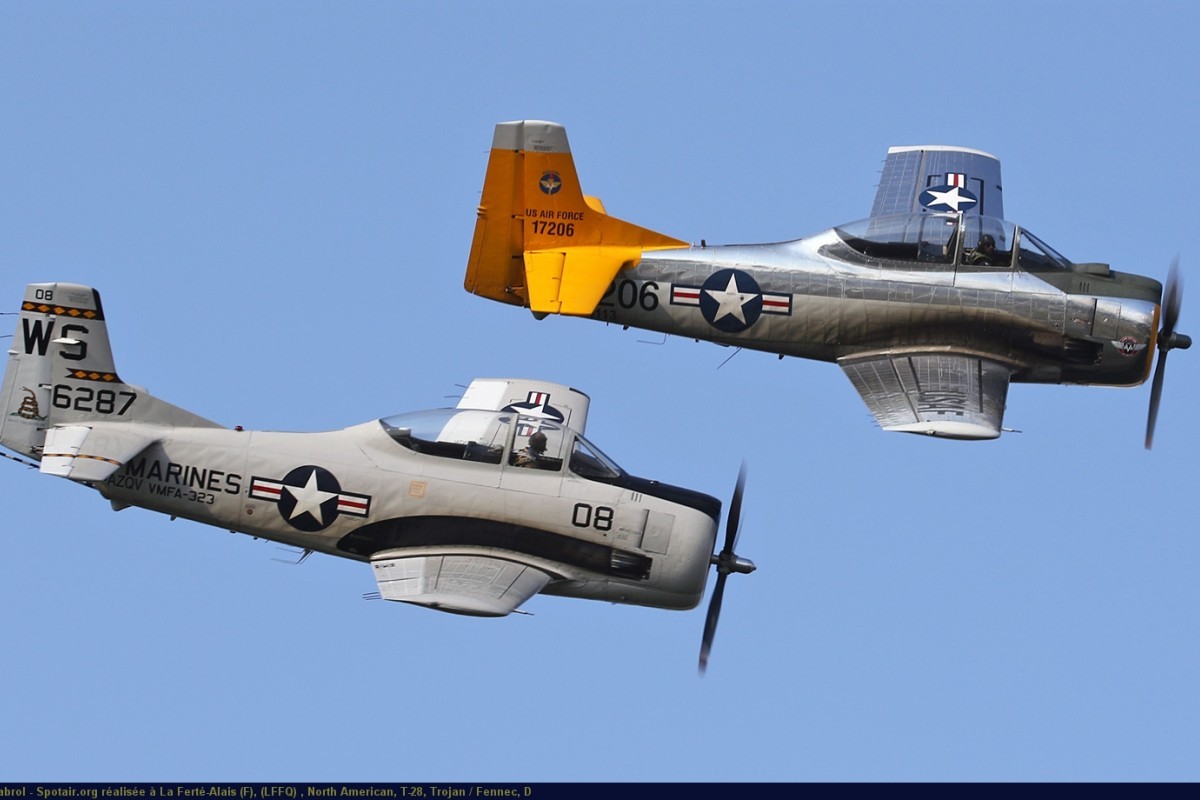