The Dassault MD.312 Flamant is a military liaison and training aircraft developed by Dassault Aviation in the late 1940s. There were 325 built, in service with the French Air Force until 1982 , and also used by four foreign countries. Anecdote: The aircraft fuselage was built in Toulouse by SNCASE before being assembled in Talence. 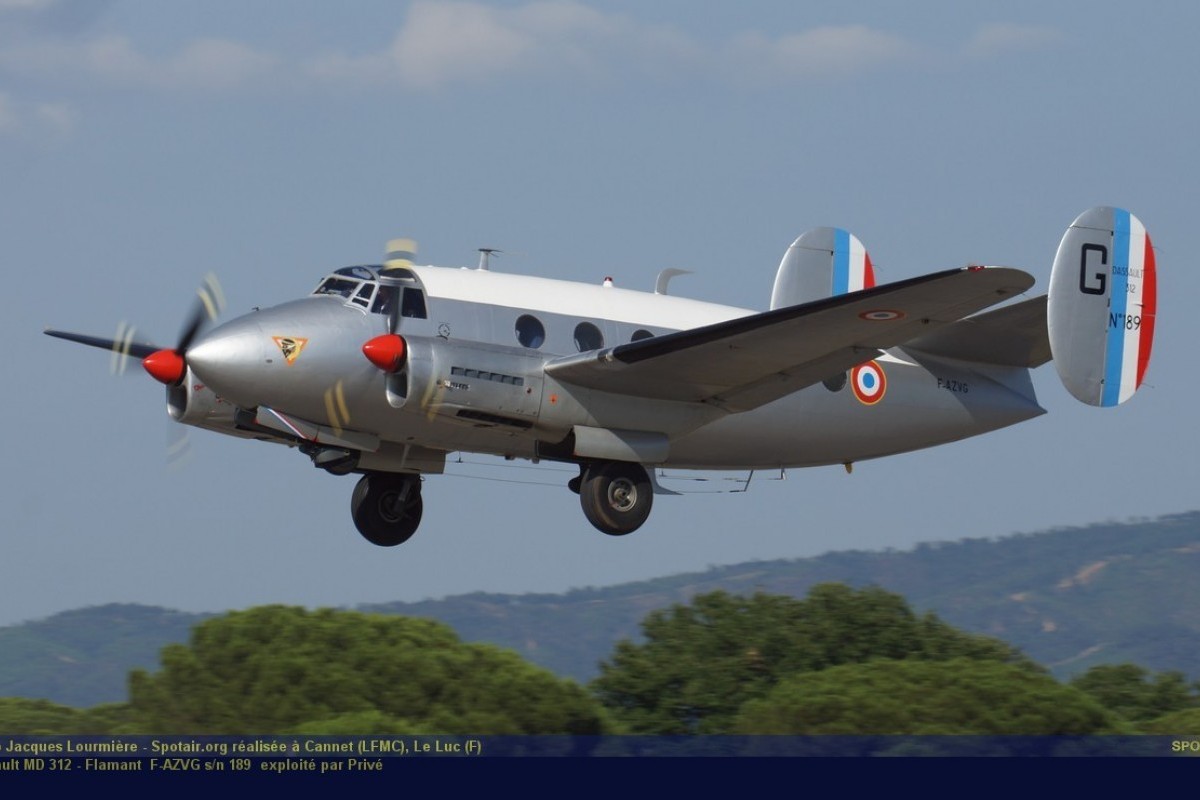