The North American F-86 Saber was the first jet-powered, swept-wing fighter aircraft built by the United States, just after World War II. It was built in several thousand copies and used by thirty different countries. His confrontation with the MiG-15 during the Korean War is a famous episode in the history of air combat. 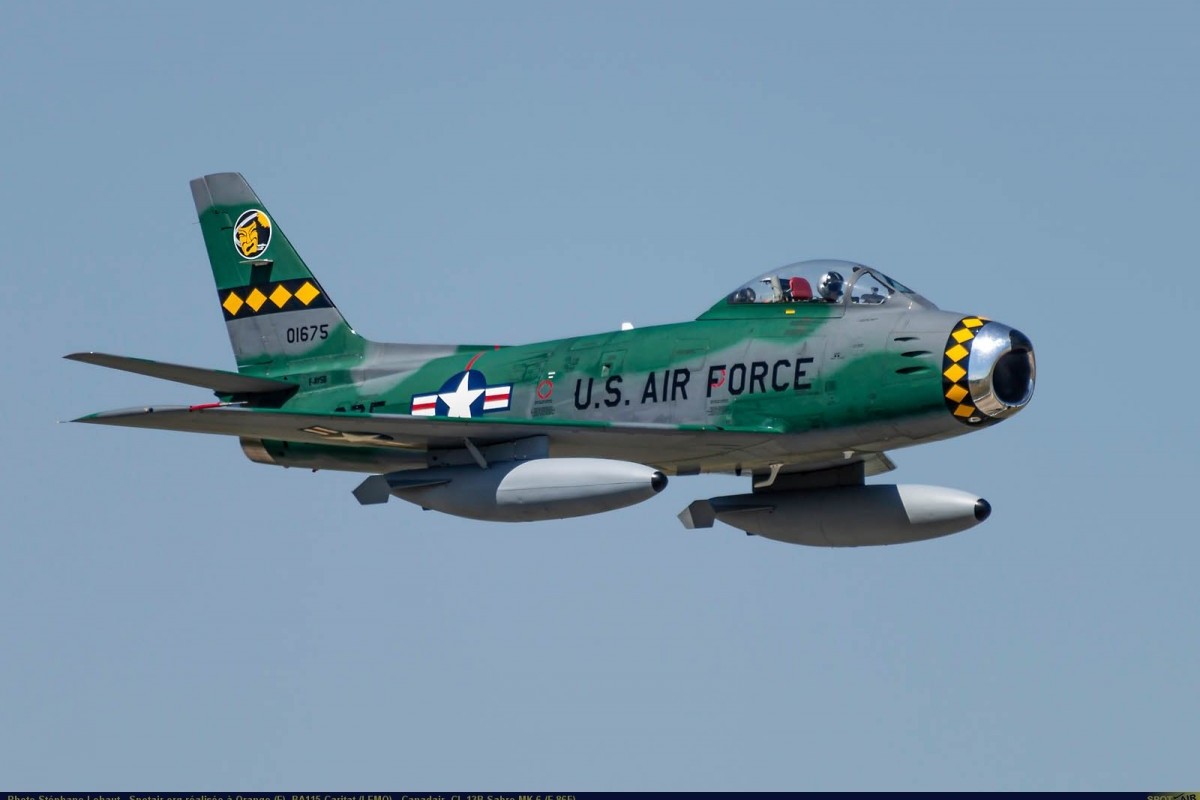