A new generation of small reactors in the one-ton thrust class with a fairly low specific consumption having appeared at the end of the 1960s, Dassault offered a mini Mystère 20 which took the name Mystère 10 and then Falcon 10. On December 31, a year before the first flight, Pan American placed an order for 40 aircraft with an option for 120 others, while Travelair, a subsidiary of the German airline Lufthansa, ordered 15 to be sold in the Federal Republic of Germany and in Scandinavia. Jacques Chirac, then Secretary of State for the Economy and Finance, gives his agreement, which makes it possible to move on to the industrialization of the program. The Falcon 10 incorporates technological innovations: first civilian application of an integral structure fuselage tank; first application in France of a three-dimensionally calculated wing, this in common with that of the Mercury. The Falcon 100, a Falcon 10 with baggage compartment featuring exterior access and an improved cabin, is the first business jet certified with EFIS, color screens that replace electro-mechanical instruments in the cockpit. 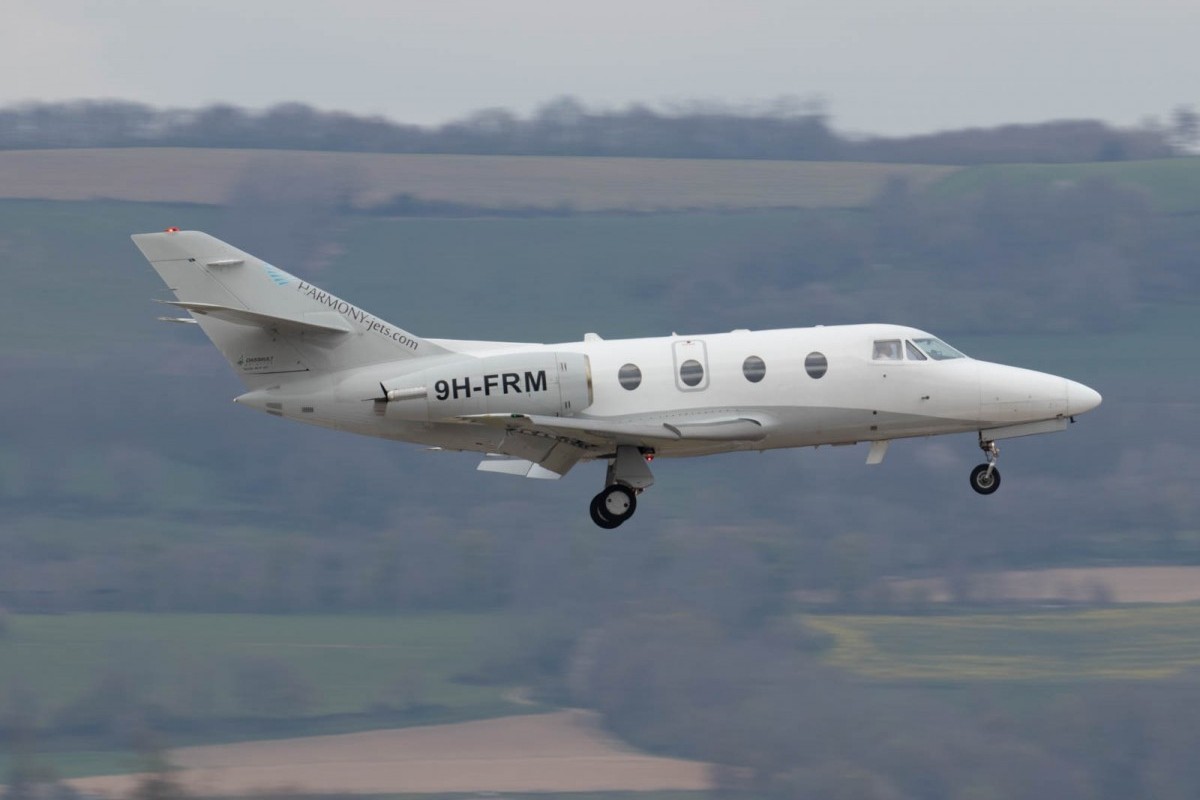